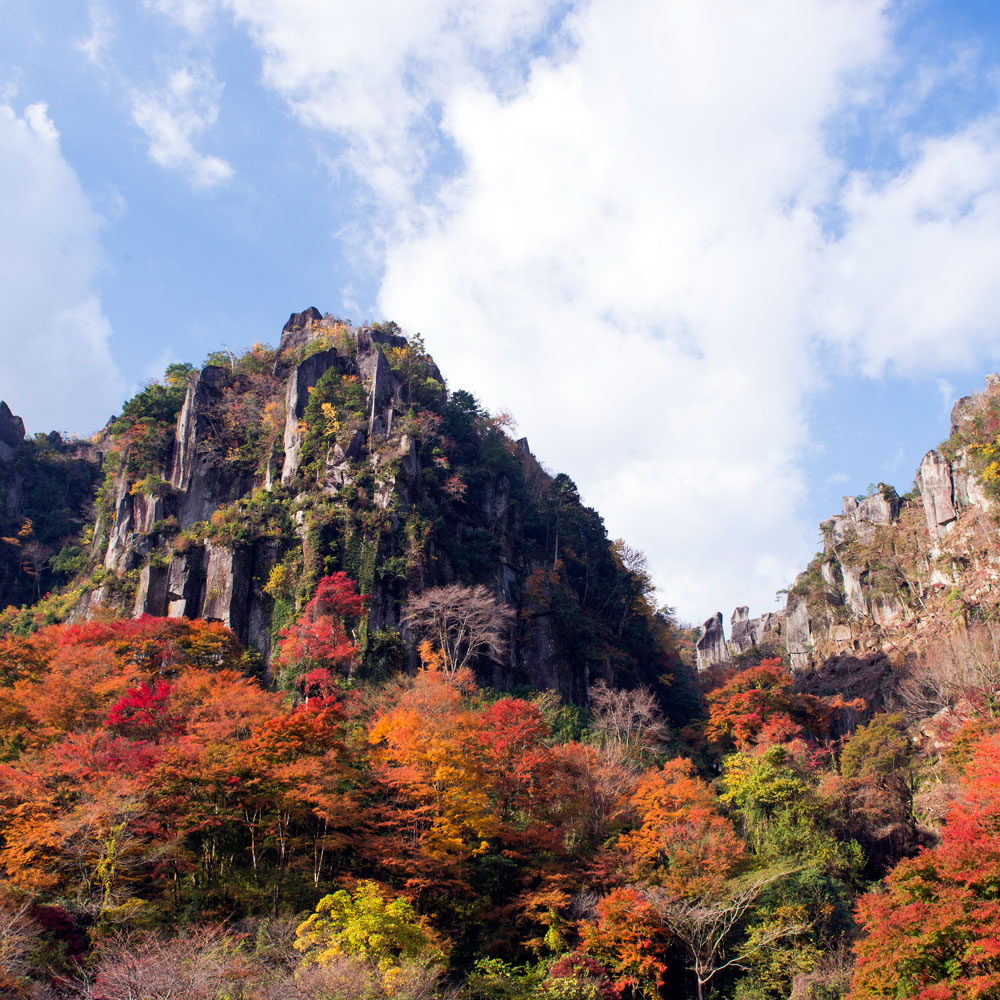 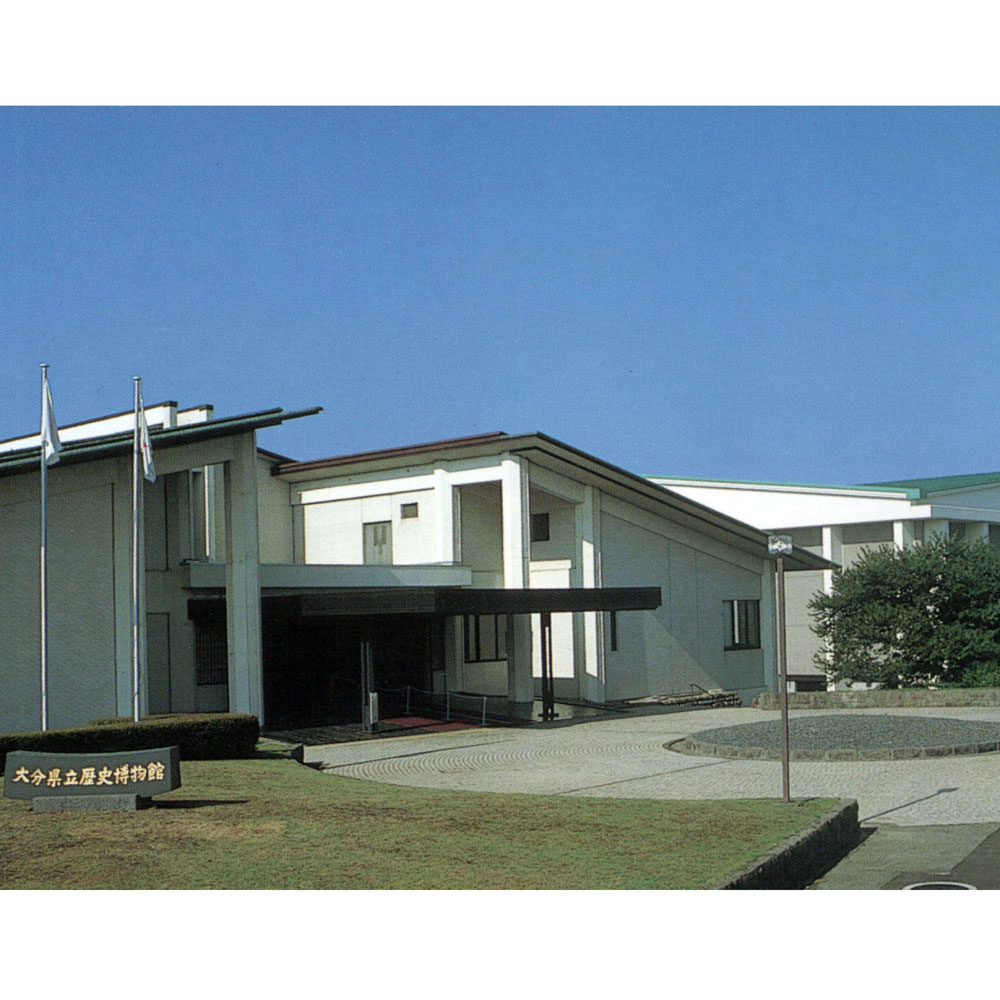 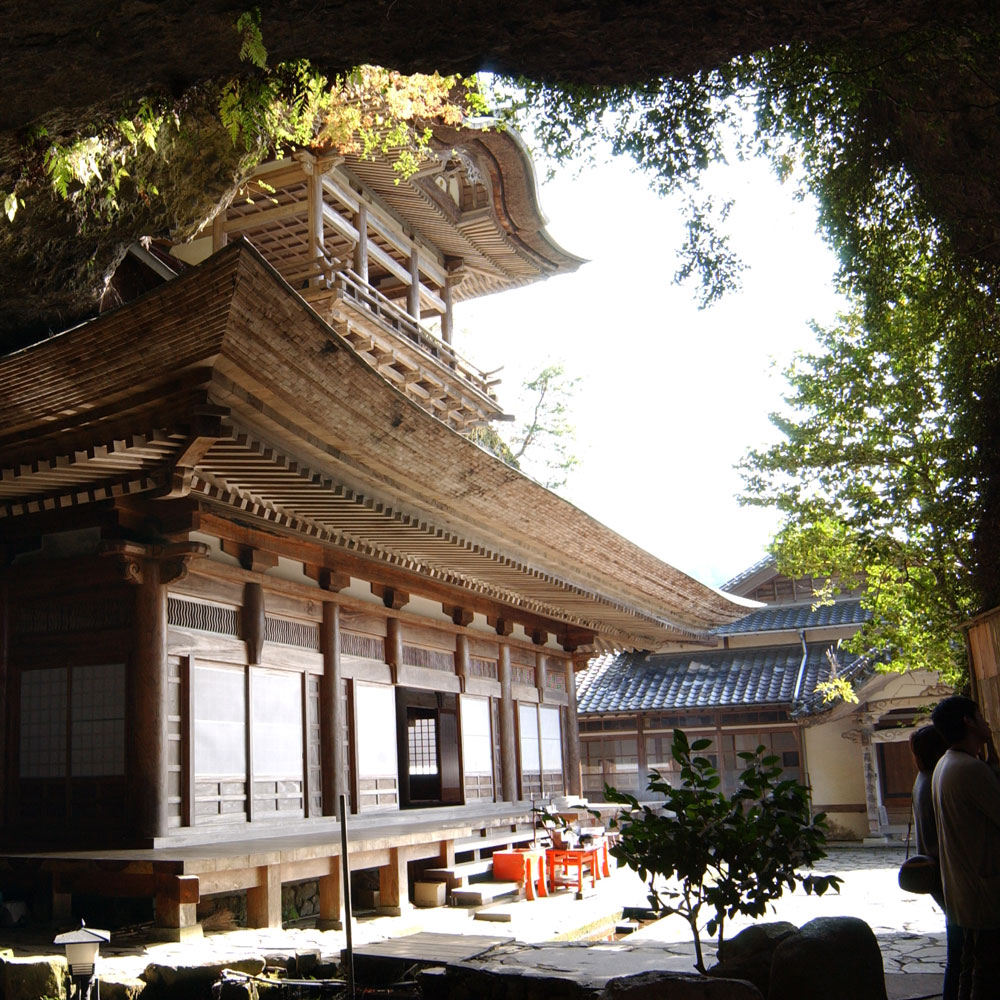 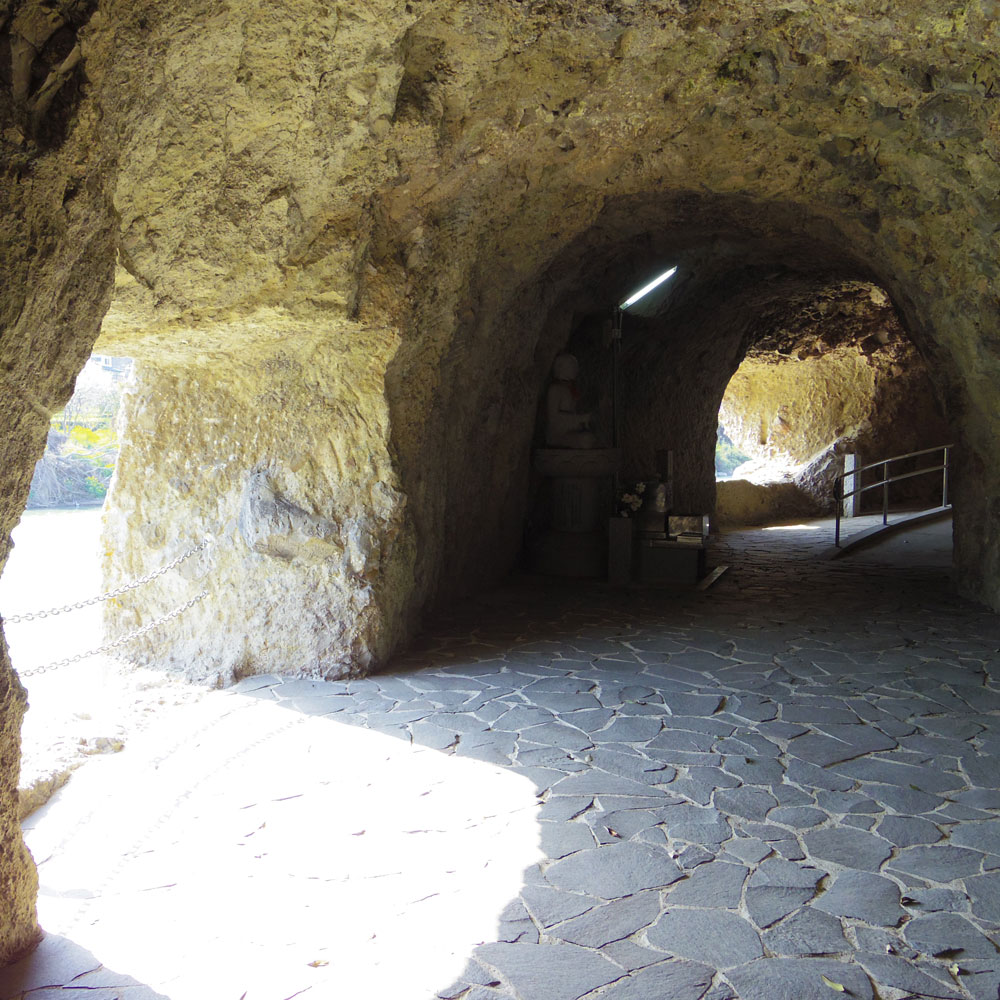 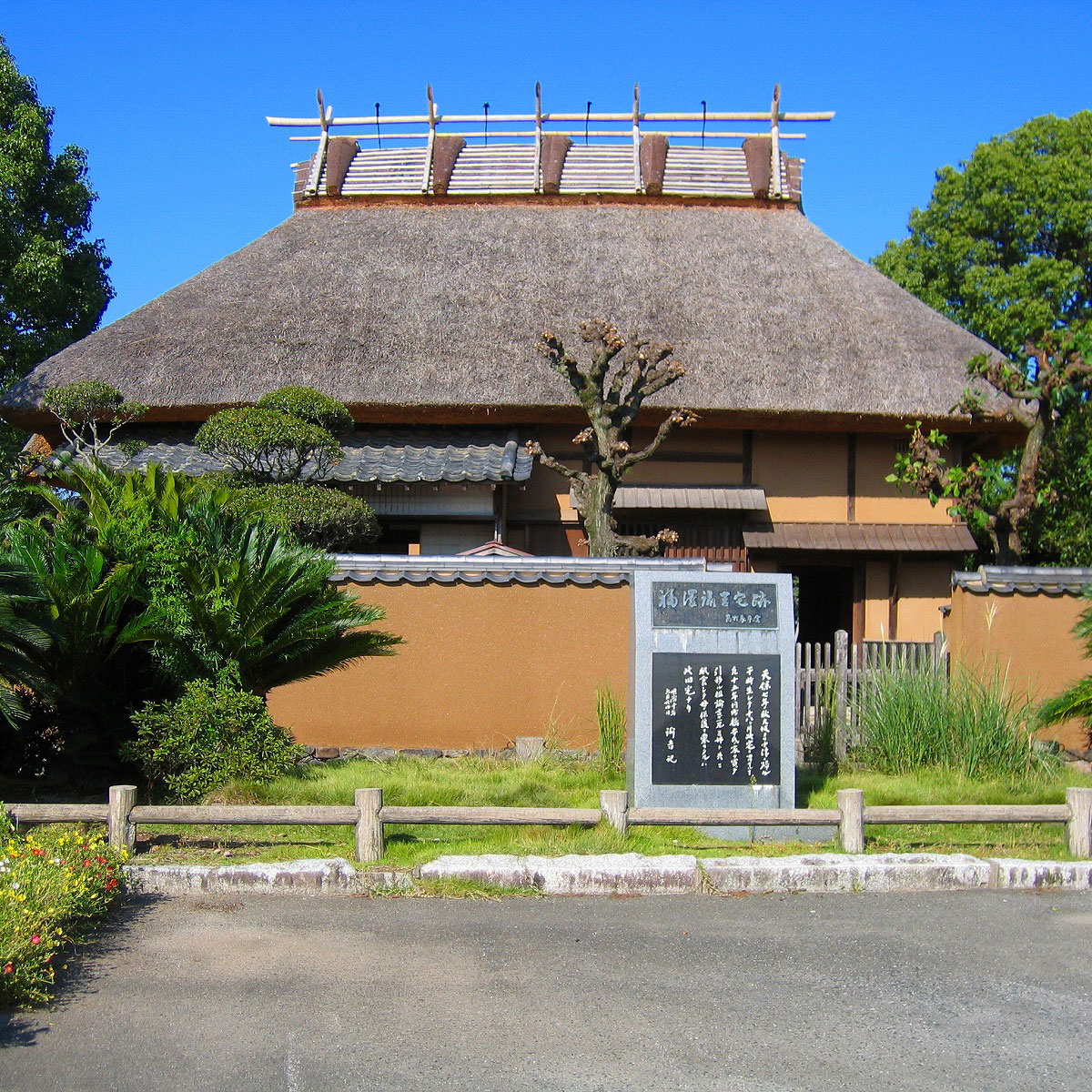 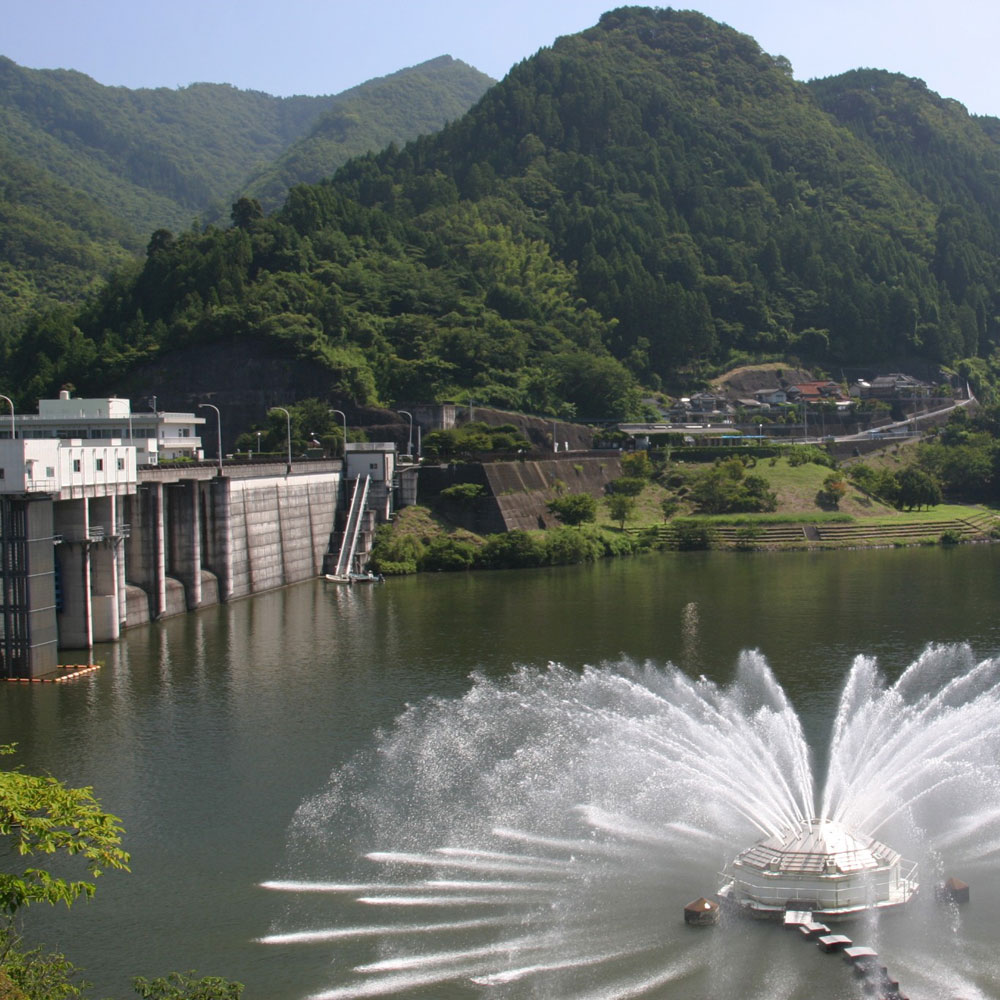 ・AO NO DOUMON(Hand-made tunnel)
The tunnel is a man-made structure that was dug more than 250 years ago. It is the oldest toll-road in Japan. In the colored leaves season, one can enjoy beatiful sceneries along the road.

・RAKANJI（Temple）
This temple is located on the middle of crag. In a temple. there are many rice paddles with wishes written on their by worshippers.

・YABAKEI DAM LAKE
This enormous dam was constructed in 1983 and the length of it is 313m.

・SHIN-YABAKEI(Canyon)
This canyon has acquired its current shape throuh long years . The best view is during the colored leaves season.

・HISTORY MUSEUM
The theme of this museum is "God, Buddha , Pray ". There are many historical exhibits which are related to culture and history of Oita.

In the northern region of Oita Prefecture there are eight municipalities with a history spanning over 1,000 years from the distant past, through ancient times, the Middle Ages, and up to the present day. The history that has shaped modern Japan is ingrained in its memories and has been carved into this region.
The start of history in this area begins with the combining of Buddhism and Shinto religions at the Usa Shrine about 1,300 years ago. The fusion of the cultural beliefs between Shinto gods and Buddha is a kind of culture not seen anywhere else in the world, and perhaps it is precisely because of this that it has become a cornerstone of the essential Japanese spirit. This culture of fused religions from Usa and the Kunisaki Peninsula has proved to be timeless, and still remains today as the Rokugo Manzan culture.
The Usa Shrine reigned over about one-third of the territories in Kyushu, but this power has been lost over the passage of time. Since then each area has continued to develop in its own way; Nakatsu, Kitsuki and Hiji have the characteristic shape of castle towns, while Beppu is prospering as an international hot spring resort area. As time passes, the Rokugo Manzan culture is still concentrated at the temples, and even today is being passed down through the generations of local people.
Toyonokuni Millennium Heritage Tourism Zone is a place where you can immerse yourself in a completely unknown Japan. The Millennium Heritage Journey will unravel its history. The landscape and culture, the lives of the local people, the shrines and temples that are passing on this history, and with each experience and encounter you will uncover something that has been forgotten, and perhaps this will be a journey that leaves you with unforgettable memories… 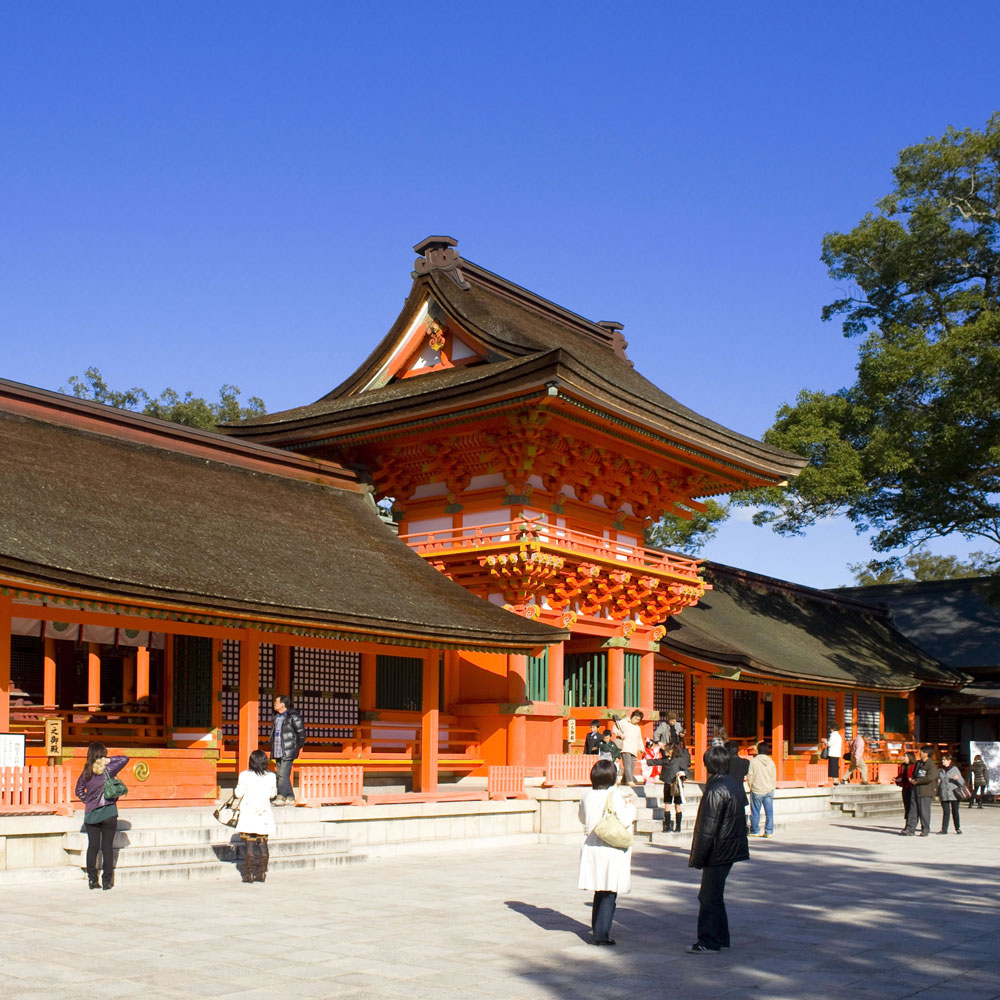